Photographs of Cars and Airplanes 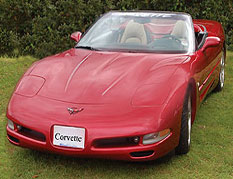 This website is mainly about photographs of cars and airplanes. Each and every week photographs are added to the car  photographs  gallery such as family saloons: hot muscle luxury classic sports cars  along with fast racing  cars, custom and vintage cars.

You want to talk about fun on for wheels, I tried this Spanish go kart racing place in Orlando Florida and is was insane orlandokartcenter.com/cosas-que-hacer/!

Many types of airplanes such as military aircraft : planes from world war I: world war II:  along with jet fighters: bombers: vintage war planes, private aeroplanes photographs are added each  week to the airplane photographs gallery.

Short History about Cars
The first attempts on the motor powered car began in the 8th century which gave a glimpse of the advent of steam powered vehicles from 1770 onwards until 1859 a  gasoline combustion engine developed using jump sparks method to start the engine. This was just an engine built by J. J. Etienne Lenoir who was Belgian by birth.
1876 saw the first car ever built, known as the "Otto Cycle Engine" designed by Nicolaus Otto who was born in Germany on 14th June 1832. He was 44 years old when he invented a petrol motor engine marking an important landmark in the history of the car engine design, but Gottlied Daimler used that engine to produce the first motorcycle.


1879 Karl Benz built his first two-stroke gasoline engine. His Benz Motorwagon can be viewed at the National Motor Museum in Beaulieu, UK right in the heart of the New Forest.  Benz carried on with his experimenting with cars through to  1895 when he built a wide range of assorted vehicles ranging from  the phaetons, landaus, omnibuses, but Karl Benz most popular of all models was known as the Velo.
1872 Gottlieb Daimler a German born had worked as technical director of Deutz Gasmotorenfabrik, to which Nicolaus Otto was co-owner of the company. 1883 Gottlieb Daimler along with his partner Wilhelm Maybach began experimenting with the Nicolaus Otto's single cylinder  internal combustion engine by taking it a step further, that is now generally recognised as the original of modern gasoline (petrol) engine. 1886 Daimler began tests with a gas (petrol) engine mounted in a converted four-seater phaeton carriage. In so doing designed the world's first four-wheeled automobile.
1889 Gottlieb Daimler and Wilhelm Maybach invented the V-slanted two cylinder, four-stroke engine with mushroom shaped valves engine that forms the basis for all modern cars today and onward. Oil companies, oil refineries along with increased production of automobiles prospered to great wealth, changing the way of life.

Who Really Invented the First Automobile?The question is asked! Who invented the first automobile? The first automobiles with gasoline powered internal combustion engines were completed almost simultaneously in 1886 by two German inventors working independently on their own in separate areas of Germany. One was Karl Friedrick Benz who had his shop in Mannheim near Heidelberg and, Germany. The other was Gottlied Daimler who developed his engine along with his sidekick Wilhelm Maybach in Cannstatt a city district in Stuttgart a city located in southern Germany.

Karl Friedrich Benz born 25th November 1844 died on 4th April 1929 Born the son of an engine driver. Benz founded his first company supplying building materials in 1871. Karl Benz founded Benz & Cie in 1883 to produce industrial engines. It was there that he invented various two-stroke engines. In July 1886 he introduced the first gasoline-powered automobile.

Gottlieb Daimler born 16th March 1834 in Schorndorf Germany died on 6th March 1900. Gottlieb Daimler was a key figure in the development of the gasoline engine. Gottlieb served an apprenticeship as a gunsmith and spent a period abroad studying mechanical engineering before attending technical college in Stuttgart a city located in southern Germany. Gottlieb Daimler developed the world's first motorbike in 1885, a two-wheeled vehicle powered by an engine and in 1886 he developed the world's first four-wheeled automobile.
Although Gottlied Daimler and Karl Benz built their cars in 1885, Karl Benz was the first to produce his cars for sale to the general public in 1888. Karl Benz cars had a single cylinder horizontal engine seated at the rear of a tubular bicycle type frame with a 2 speed transmission belts and chains that produced a maximum speed of 12 mph

On the 1st May1924 Daimler Motor Company merged with Benz Cie and Daimler Motoren Gesellschaft to form Daimler-Benz Company, the car company which built Mercedes-Benz. Mercedes-Benz have been known for the introduction of advanced technologies to cars notably fuel injection and anti-locked braking system. Although the merging of the companies Daimler Motoren Gesellschaft and Benz & Cie. There are no records to suggest that Karl Benz having ever met with Gottlied Daimler. However, Gottlied Daimler died in 1900.Back To Top
Short history about AirplanesThe first flying machine was invented in 1903 by the Wright Brothers, Wilbur and Orville Wright. It was the first airplane to fly, given the name of Kitty Hawk. The Wright Brothers flew their engine powered airplane on 17th December 1903.
1914 In World War 1. Witness of the airplanes that became war airplanes to form observation aircrafts, bombers and fighters. Yes, World War 1 established the importance of oil and gasoline fuel when tanks and Aeroplanes made their debut as weapons of war.
From 1919 through to 1939 the era of Long distance flights began these flights became  more common as airplanes began to developed into faster long ranging flights and as time went on aircrafts became more reliable and the world was a smaller place.
1940s World War II and Aeroplanes became a tool for winning wars. 1943 the era of big heavy 4 engine planes in service as bomber planes. 1944 Fast jet engine aircraft and weapons became a part of the cold war. Now into the 21st century, there is no more cold war as USA are united in friendship with the Russians. US Air Force bombers making history, this time actually on the former Soviet Union soil and in Russian air space displaying in Moscow air shows.
After World War II America became a superpower. Jet fuel demand took off from about 50,000 barrels per day in 1950. Demands of fuel rise to about 970, 000 barrels per day by 1970. Joseph Stalin in a speech he made after World War II. Joseph Stalin said; "This was a war of engines and octane. I drink to the American auto and oil industries."
This web site is a real cool site with thousands of free pictures of Fast Cool Cars and Aeroplanes ranging from exotic car, luxury cars, classic cars, classic airplanes, fighter jets, private airplanes, world war II bombers and fighters, antique airplanes, world war I military airplanes, dragsters, super fast cars, racing cars, concept cars. It's a website that is becoming more popular each day. See pictures of the new type of the modern car, hybrid cars, see the classic airplanes. This is a website that is growing all the time presenting you with clear vivid pictures of your favourite cars and airplanes, the type you want to see. RS Cosworth Fords, Aston Martins, Ferrari, Maserati, Jaguars, Fords, Honda, Bentleys, Rolls Royce, Buick, Mercedes, Fiats, Vauxhalls, Shelby Cobra, Chevy, Dodge, Chrysler, Toyota, Mitsubishi, Wacky Cars, Spitfire Fighters, Bombers, Spy Plane, Biplane, Triplane, Light Aircraft, Military Plane, Commercial Airplanes, Antique Airplanes, Hurricane Fighters, USAF Jet Bombers, British RAF Bombers, Seafire, Messerschmitt, Japanese Kawasaki, Hawker Tempest, B-25 Mitchell, Avro Lancaster, P47D Thunderbolt, P51 Mustang, Aircraft War Engines, German Slepcev Storch, B24 Liberator and much more. We've got what you need for your education.